We know STD testing is highly sensitive and confidential, which is why we have Anonymous Testing Available. This means No Name is Required, and NO ONE can receive information without your written consent.

Chlamydia
$75
See Pricing for all STD Tests including Package Deals »

Why should I get tested for Chlamydia?

If Chlamydia is not treated, infections in women may spread to the rectal area and often cause pelvic inflammatory disease (PID) which chronic pelvic pain, ectopic pregnancies and infertility. Infected women increase their chances of contracting HIV by 500 %. Men who go untreated may find that the infection spreads to the epididymis (the tube that carries sperm from the testis), causing pain, fever, and though not very often, sterility.

How do I get tested for Chlamydia?

There are a variety of ways to test for Chlamydia. The Nucleic Acid Amplification (NAAT) Test is a urine screening test that requires you to not urinate an hour before getting tested. The urine sample is then sent to a lab for testing.

Another method for testing chlamydia is by collecting a swab sample from the part of the body that is likely to be infected such as the cervix, urethra, penis, rectum, or throat. 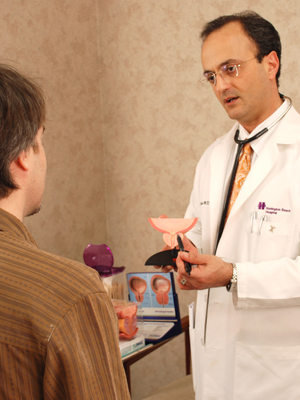 Walk-ins Welcome, For Rapid Tests Only

Veterans, active-duty military personnel and their spouses get 30% off with valid ID